It’s been a few days since the conviction of ex-police officer Derek Chauvin and I can’t stop thinking about 17-year-old Darnella Frazier. Darnella was the teenager who captured the essential 9 minute and 29-second video of Chauvin kneeling on George Floyd’s neck through the lens of her cell phone. Accompanying her 9-year-old cousin to Cup Foods which they frequented to buy snacks, the two quickly turned into witnesses of a murder that they couldn’t stop. Enduring the trauma of watching another Black person be dehumanized by police, Darnella also rose as a hero—her video helped inform people across the world of exactly how Chauvin disregarded human life.

Darnella’s heroism reflects her unbelievable strength—such strength that a child should never have to use. In her testimony, almost a year after the murder, she broke down explaining, “It’s been nights I stayed up apologizing and apologizing to George Floyd for not doing more and not physically interacting and not saving his life. But it’s like, it’s not what I should have done. It’s what he [Derek Chauvin] should have done.”

Instead of staying up at night apologizing to George Floyd, Darnella should have been able to use that energy thinking about things relevant to a teenager, like doing homework or hanging out with friends. Her testimony shows that this traumatic event, even when disguised as heroism, has robbed her consciousness of so much light and joy. The question then posed for Darnella also resonates with Black youth across the country who have watched police kill Black people on the news and in their communities: How do you move on when the use of excessive and fatal force on Black people has been normalized? How do you then explain to your younger cousin, sibling, or children why Black people don’t get second chances and why video footage is vital to proving that their life matters? 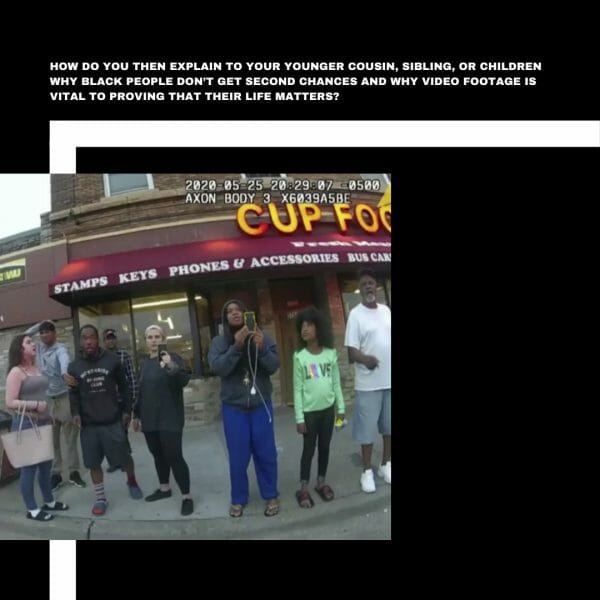 When will it end? From George Floyd to Duante WRight to Ma’Khia Bryant

I think about Darnella because even in the wake of accountability—even when her courage, strength, and trauma produced a conviction that led to a nationwide sigh of hope—the cycle is still relentless. Nine days before the verdict came out in the Chauvin trial, 20-year-old Daunte Wright was shot and killed in Minnesota by a police officer who allegedly mistook her handgun for a taser during a traffic stop. And just moments after the verdict came out, 16-year-old Ma’Khia Bryant was shot several times and killed by police in Ohio. For Black youth across the country, the devastation lies in the fact that Black people, young or old, cannot make mistakes because they are permanently villainized in the eyes of the law. Time and time again, we see that fatal force has always been the first option.

Both Daunte Wright and Ma’Khia Bryant deserved to grow up and to embrace their lives as they should have unfolded. Daunte was a father to his two-year-old son, a jokester who was voted “class clown” in high school, and is fondly remembered by his beautiful smile. Ma’Khia was an honor roll student, actively made hair tutorials on Tik Tok, and was doted as being a “very loving, peaceful little girl.” I see myself in them, I see my Black friends in them, I see other Black teens and young adults in them, which is why I mourn them. So when they’re taken away so carelessly, it is nothing short of triggering and re-traumatizing. 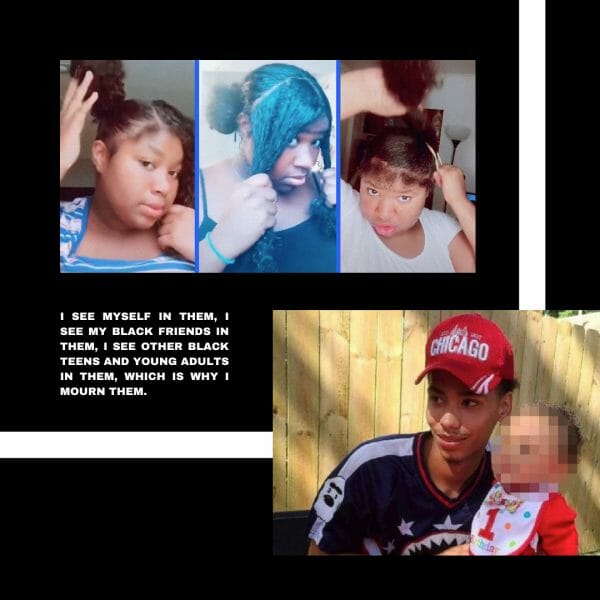 The trauma that I experience as a young Black woman from constantly witnessing and digesting racial violence and excessive and fatal force by police feels stifling at times. When you watch violence being perpetrated against your people for existing, so early on in your life, this has a tremendous effect on how you self-express, self-discover, and self-actualize. When you hear and feel this over and over again, it’s like ripping a bandage off of a wound that can never heal. It’s hard to remain strong and to then still have to work twice as hard in order to achieve things that were systematically rigged against you. How do you truly live freely when you’ve been taught that your freedom can be at the expense of your life?

How you can Support Bright Black Futures

There are so many things that adults, organizations in power, and non-Black people can do to make sure our Black children and youth are able to sleep better at night, breathe easier, and build a brighter future for themselves. As a start, we need to support and encourage healing from trauma regarding police-inflicted violence. From a preventative approach, this means protecting Black childhood and livelihoods. This includes standing against racial injustice and police brutality by defunding and dismantling the police, working to abolish the prison system, encouraging and implementing legislation that preserves Black life, and holding police officers accountable for their actions. It means not tolerating individuals and organizations whose words and actions show that Black lives do not matter to them.

We need to work harder to provide Black youth with mental health resources to unpack trauma so that they don’t carry it with them. It’s equally important to make sure that Black youth are safe in their environments and to take measures to provide that safety. Most importantly, this means listening to Black youth and Black-led organizations by taking their lead in identifying and addressing their needs.

We also must encourage moments of joy through outlets of creativity and imagination. Putting Black youth at the center of the story instead of the fringes. Focusing on ways to uplift their humanity and contributions to society rather than villainizing them and focusing on disheartening statistics. Afrofuturism, a philosophy that crafts a future absent of white supremist thought and structures that are violent and oppressive toward Black communities, can be a reference point on how to do this. Think Black Panther, Octavia E. Butler, and Beyonce’s Black Is King. Leaning on Afrofuturist thought, media, and content, is one way we can steer Black youth away from such a dark, hopeless narrative and help them—help us—become more creative in the ways we separate ourselves from oppression. 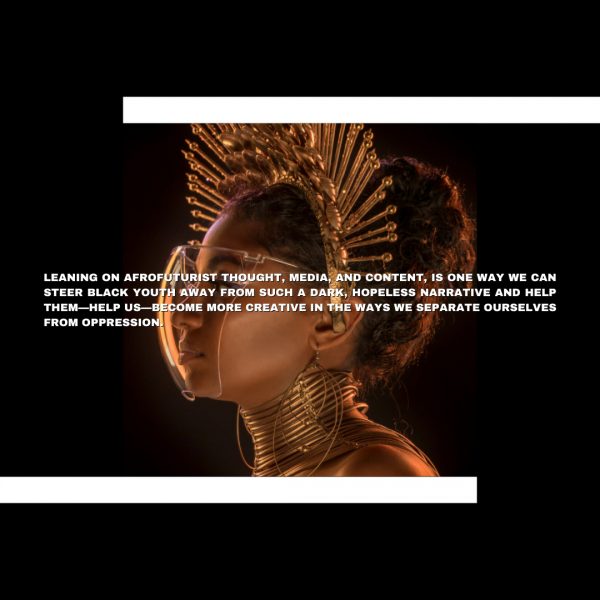 Every day, Gen Z drives forth activism, advocacy, and solidarity in big and small ways. We share our lived experiences on social media and hold dialogue about it in all the spaces we inhabit. We are organizing and standing on the front lines of protests. We understand that we are all humans and that each fight against oppression helps us get to freedom as a collective. Things can and will change.

You Belong; Your Life Matters

Lastly, my message is for Black youth. Expend your energy wisely, protect your peace, and affirm your own existence. Connect with other Black youth to laugh and also to grieve. Remind yourself that you are never alone because we are together in this fight. Your life has meaning. You are not disposable even though society might make you feel this way. Who you are is beautiful. You deserve to succeed and make mistakes. You belong here. 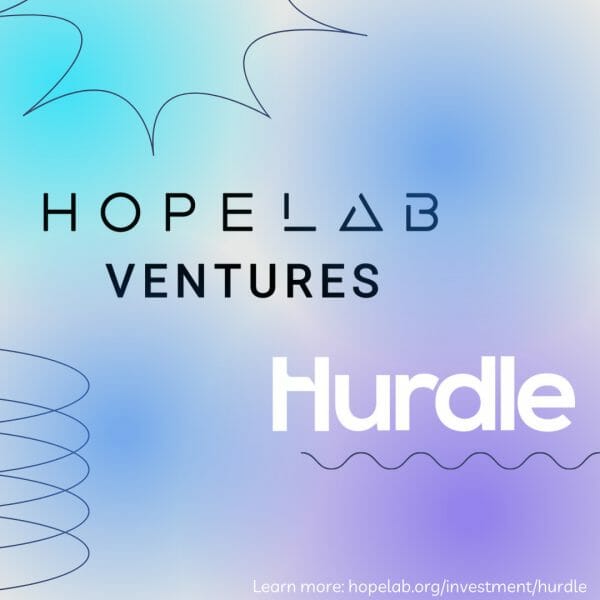 We caught up with Margaret Laws and Hopelab Ventures’ director, Erin Washington Sietstra to get their take on Hopelab and Hurdle can improve health outcomes for BIPOC and LGBTQ+ populations. 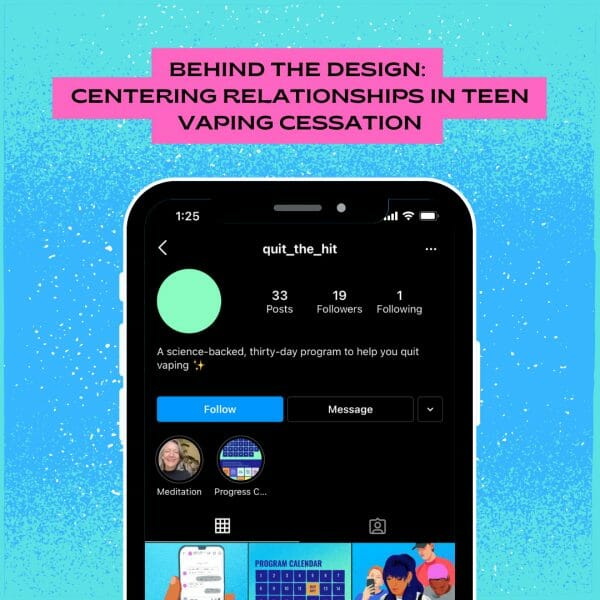 Behind the Design: Centering Relationships in Teen Vaping…

Blending science and human-centered design presented design challenges with co-creating Quit the Hit. So we centered our process on building relationships and helped teens quit vaping. 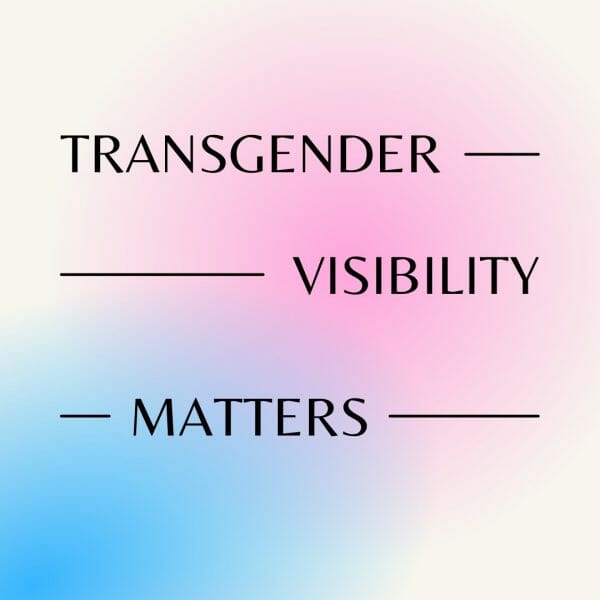